I don’t understand the UI for timers. I have three timers, but there are also three “drafts” that hold the codeless logic. 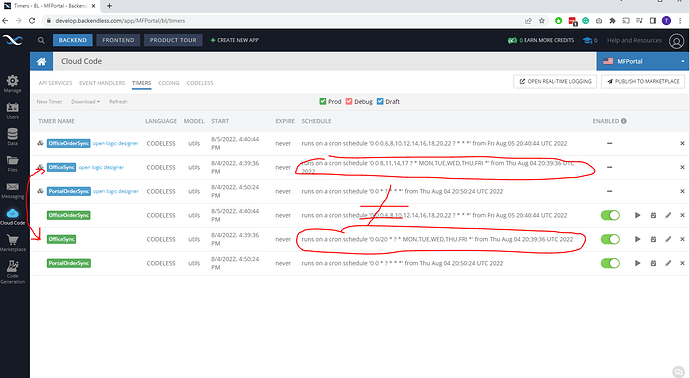 It seems like the green things hold the details of the timer, and the blue things are what get executed. Is that right?

Why are the blue things drafts? I don’t understand the concept of a draft in this context.
If the blue and green things work together, how do I change the timer schedule? I changed the execution time for the green thing, but it doesn’t change when the blue thing runs.

I can’t find a video about this, and the help docs simply describe the general concept.

Draft is the editable version. It is the logic that is deployed into “Prod”. Once it is deployed, you get the green “Prod” version. If you need to make a change, edit Draft and then deploy.

Ok, that makes some sense, but there is an issue that Draft overwrites the Prod schedule, but there is no way (that I can find) to edit the Draft schedule.

Here is an example -

I have the schedule I want in Prod - 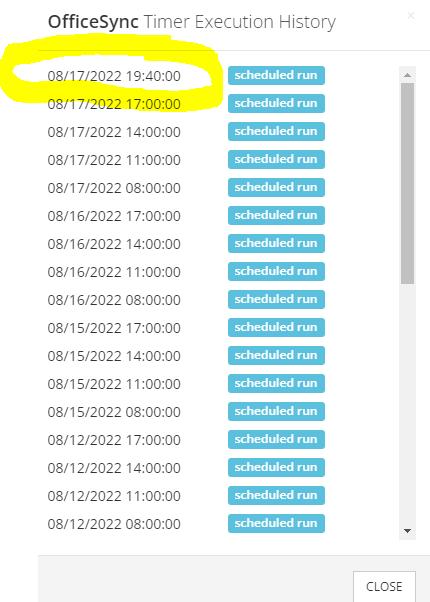 I make a change to the logic in the Draft and push that to Prod, and the schedule from the Draft overwrote my Prod schedule.

Basically, you can only edit the schedule on the Prod, but the draft schedule (which I can’t change) overwrites Prod every time code is published.

Not exactly a bug, more of a shortfall of not being able to edit Draft’s timer’s schedule via UI. Here’s a workaround:

Once you’re done click the Save and Deploy All icon/button. 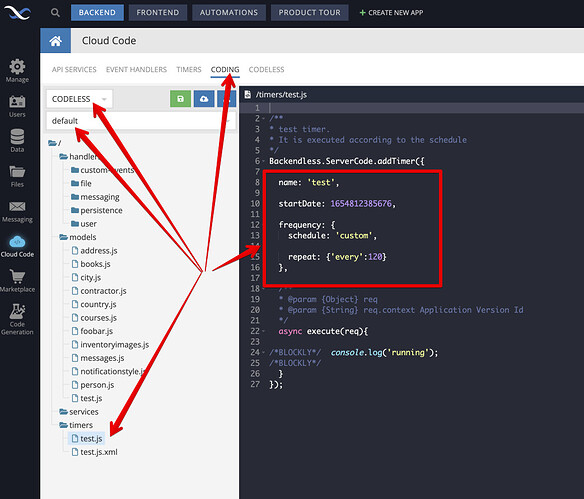 Thanks, @mark-piller. As always, your help is greatly appreciated.