Codeless Logic on the Server randomly reverting to a prior changlog

I am noticing strange behavior on this method and I am unsure if it is a bug or something I am doing wrong.

The logic that should be there is #5e46cae8 (I have just pushed this to the server again).

I am not sure how to replicate the problem and wonder if it has to do with cookies, as I may have had 2 windows open. Yet the logic that randomly appeared was something I did a few days ago, not recently.

Is this a known issue?

Here is a screenshot where the server logic was wrong 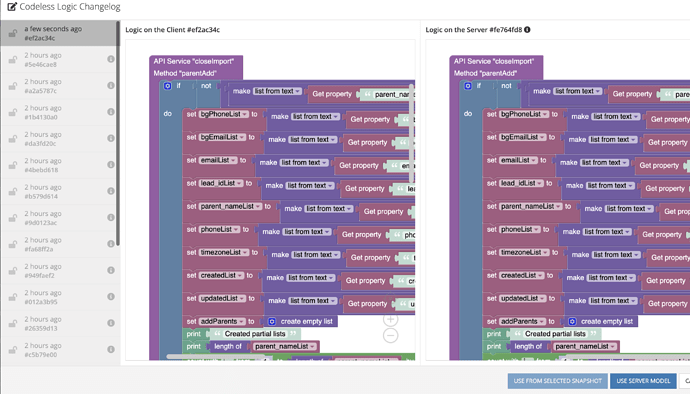 And then I pushed the right logic onto the server

When you publish make sure what logic will be deployed, you can see it in the right sidebar on the Codeless screen, all the changed items are green. 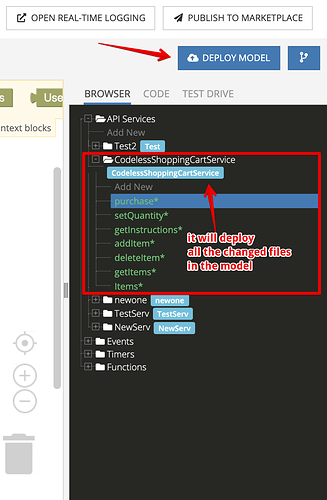 Working in two different windows might lead to some issue with logic because local changes are stored in the LocalStorage and on deploying it gets all the changes of the selected Deployment Model and push it to the server.

The issue was that my local storage was full, so I a number of my actions in the Backendless UI were not being saved. As soon as I cleared local storage, things went back to normal.